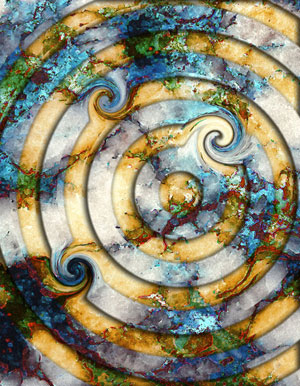 "The postmodern art that I had learned was so cold, with no emotional engagement. It was so separated from the heart. The Postmodernists claimed that History had ended, but I wanted to be a part of a grand narrative again."

"I've spent my whole life ... taking things that are not the way they should have been, and figuring out other ways to put them together to make them work."


Born This Way: Greg Buell Discusses His Life Without Arms
by Greg Dember

"I do believe that when somebody approaches you with something that you totally oppose, you should totally think about doing it."

"One of the things that is really attractive about Buddhism ... is that there is a set path toward what's called enlightenment. And I’m looking to ... rediscover and record the same kind of path within Judaism."

"I believe that the places that seem to be dangerous... those places are always hiding some really amazing stories."


Documenting Identity in the Taliban Borderlands of Pakistan and Afghanistan: An Interview with Photojournalist Beb C. Reynol
by Greg Dember

"In Chile, the family members of the disappeared had their memories taken away; dishonored. There hasn’t been a funeral. The country has not been able to return the memories to them. I grieve that I have no place to grieve."


Interview with Maria-Jose Soerens: Trauma and Restoration Through Art in Post-Pinochet Chile
by Linda Ceriello and Greg Dember


A Visit to the Land of Finnegans Wake: An Interview With Ron Hale-Evans
by Greg Dember

"I think the key is that if you're going to be tooling around in other realities, but you can't keep your shit straight here, then you have no business in those other realities."

“I like it when people take a bold approach to the Dewanatrons, experiment with them, test the peripheries, and really get a feel for the possible landscapes they are capable of generating ... The more operators the better, in my opinion.”


The Electron-Flinging Sound Gymnasiums of Dewanatron: An Interview with Leon and Brian Dewan by Linda Ceriello