"I want to introduce them to the artists whose voices were silenced at the time. Maybe now is when we really need them, to help us reclaim part of our lost identity."


1 2 3 next
Interview with Maria-Jose Soerens: Trauma and Restoration Through Art in Post-Pinochet Chile
by Linda Ceriello and Greg Dember

Maria-Jose Soerens is a Chilean-born musician, artist and psychotherapist who currently lives and practices in Seattle, Washington, USA. Her website is: www.mariajosesoerens.com.

Artocratic: We are speaking to you about your ideas for a musical project reviving the works of revolutionary Chilean songwriters.

Maria-Jose Soerens: Yes, the “Lost Generation” of Chilean songwriters and musicians who were suppressed and dismissed as “Communists” so girls from "decent" families like mine would not get access to their ideas.

ARTO: Do you want to say anything about your “decent family”? 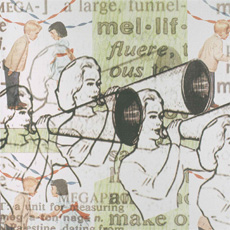 MJS: Had my dad been American, he would have been a far-right-wing Republican. He’s very grateful to Pinochet because he ousted Salvador Allende and “saved us from communism.” He doesn’t get that Pinochet is not a hero among the more liberal or moderate segments of the USA – that he is considered to have been a ruthless dictator.

My parents were in their early twenties when Allende was elected. Allende was a socialist president elected democratically in 1970. At that time, the US was concerned about there arising yet another Communist country. Vietnam, Cambodia, Cuba... Allende actually wasn’t even communist – more socialist – but “communist” was the term promoted by the CIA. For decades the USA had been supporting centrist governments in Chile with grants. Allende ran four times as a Socialist, and when he was finally elected, the USA cut all the aid that it had been giving, discouraged private investment and organized an international business boycott as well. This had the result of creating economic chaos, and making the Socialist government appear incompetent. At the same time, the CIA planted false stories and provocative editorials in the newspapers: that Allende was alcoholic, that he was drunk while giving speeches. That there were Communist guerilla gangs surrounding the cities ready to attack rich people. They convinced the labor unions to go on strike. This was all done in such a secretive way that, even today, the Chilean people do not know that these were lies, that this was orchestrated externally.

So, all my parents saw was that there was no food and no toilet paper and they blamed Allende. When the military took over, led by Pinochet, they were grateful. My mom hand-sewed a Chilean flag. Nobody knew about the tortures. Unless you were a supporter of Allende, and then you were likely to be taken and killed and nobody would know what had become of you. In fact, till the late 90s my mother believed that the tortures were a lie. My dad still believes that. To me that feels like questioning the Holocaust.

ARTO: So, the food and basic supplies shortages were the result of US boycotts?

MJS: Well, it seems that way because the day after Pinochet’s coup the stores were overflowing with stuff. Before that you had to stand in lines for hours to receive a single piece of bread. I mean the situation was horrible, I don’t blame my parents for being glad for the coup. But I wish they would see the big picture.

ARTO: How did you learn about it?

MJS: I only learned about it when I came here to the United States and read documents that were finally released, I think because of the Freedom of Information Act. My Chilean friends don’t seem to know any of this. There is no capacity to have an intelligent debate about what happened in Chile from 1973 to 1989. If you try to disagree with someone you will likely end up in a fight.

ARTO: And it’s still that way?

MJS: Yes. My parents and my uncle were here in the U.S. visiting me two summers ago, and I was talking about showing some compassion for the spouses of the people who were disappeared and tortured, and they started attacking me for supporting communism, and I was trying to say, “I’m not a Communist, I’m just talking about having compassion for the survivors of people who were killed!” My friends are funny, too. They would say, “Yeah well the military coup sucked, but we wouldn’t have the economy we have today.” Issues that have to do with human rights, or with having sold out our democracy to the U.S., don’t matter to them.

Most devastating is the lack of willingness to process what happened to our nation. It hurts my heart so much... so much that still when I go back to Chile I cry for a whole day. Just seeing interactions in the street... the way people are with each other... the way my friends are... my parents... the way they are as Chileans is broken because of what happened in our nation. Nobody will go deep. Unless possibly your own personal relationship is at stake. Here in the USA, people ask you about what you think and are interested in your answer. That does not generally happen in Chile.