D: What's your general reaction when you encounter other disabled people? Is there some sort of a bond?

B: Actually, one of my personality quirks that I haven't figured out how to fix is that I can be very competitive towards other people with disabilities. There's this guy named Nick Vujicic, who is this Christian motivational speaker. He was born without arms or legs.

D: I think I've seen his video on YouTube. He's from Australia?

B: Yeah. "Life Without Limbs" is his organization. And he drives me nuts for many reasons. His approach to disability is really weird to me. He's like, "I am so thankful to God for making me the way I am." There's a video of him speaking at a junior high school, and toward the end, the video shows him being lifted up by his assistant to stand on a table, and all these students in their uniforms are walking by as they are leaving the assembly. So they are now at eye level with him, and these kids are giving him hugs and they are crying, etc. But the problem is that during the video he says, "God has made my life completely normal, and I'm able to do everything everybody else can." And my visceral reaction is, "You've got to be fucking kidding me. You just got lifted up by your personal assistant who you can't live your life without. And you're standing on a table so you can have eye contact with people who are walking by you." 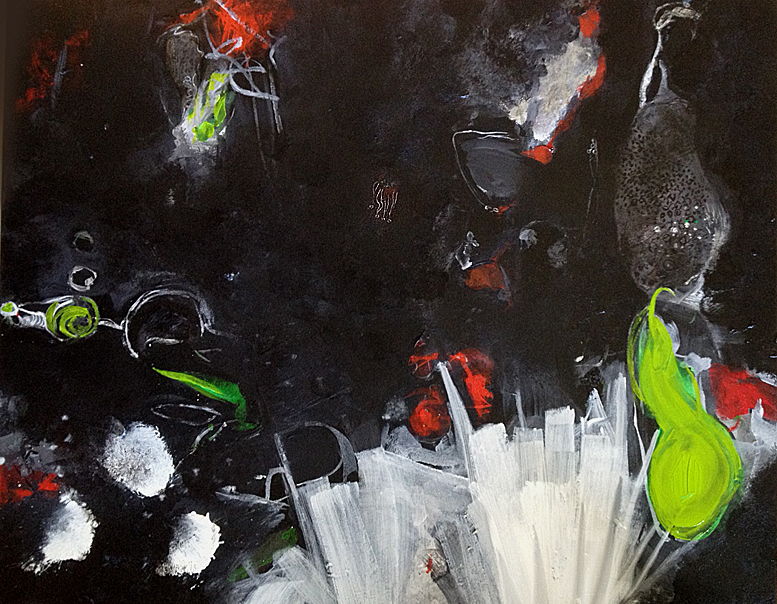 D: Do you feel there is a dishonesty?

B: His approach is very optimistic. "Life is amazing, you can do it, you can overcome, don't let anything get in your way!" But I've had friends who watch that video and they say to me, "If you and that guy had each written books, I would read your book, and I would never read his. Because if I read his book, I'd feel like a complete loser, because if a girl breaks up with me I fall apart for months. But that dude is telling me that he's done everything without arms or legs and nothing gets in his way. So if I can't get my shit together, you know, for six months after a breakup, then I'm an utter failure compared to that guy."

Besides that, I find it hard to relate to people with disabilities, even if they are similar to mine. Because there is this naturally competitive part of myself, I'm always comparing myself to them. There's this guy who I met through Children's Hospital who gave a speech at his book release, and he said, "When people ask me if I wish I were born with longer arms and longer legs, I say NO, because this is how God made me, and this is how I was meant to be." And I'm thinking to myself, "There's no way in hell. Not even one out of ten times would I say no." Ten out of ten times I'd say, "Yes, I want normal arms."

And then I see people who are asking for money on the side of the road, and maybe they have some problem or other, but I'm like, "Wait a minute... I have no arms... I'm doing OK... Can't you get it together?"

Another experience I had about three months ago. I went to a fundraiser for a group that worked with students who [also] had mental disabilities. Mostly with Down's or autistic. And I walked away from that feeling so incapable of knowing how to handle social interaction.

D: You mean like they drooled and had speech impediments?

B: Yeah, but even on a more basic level, even if they don't drool... part of how I've coped with my disability is to excel on the intellectual level and connect with people that way. And I struggled with how to relate to people who live on a very basic level. I want to have a great conversation, have a dialog, but I walked away from that encounter feeling completely unable to have a relationship with these people because of their disabilities. And then later I thought, "Is this how a lot of people feel around me?"

D: I want to read you something and get your take on it. Rosemarie Garland Thomson, a scholar in the humanities who specializes in disability studies, wrote that the disabled as literary characters "usually remain on the margins of fiction as uncomplicated figures or exotic aliens whose bodily configurations operate as spectacles, eliciting responses from other characters or producing rhetorical effects that depend on disability's cultural resonance. Indeed, main characters almost never have physical disabilities." And, "When literary critics look at disabled characters, they often interpret them metaphorically or aesthetically." So, either way, a sense of full subject status for disabled people as represented in film, TV and literature isn't quite there. That was written in 1996. From your perspective, have things have changed since then?

B: Well, only a little bit. Recently there was an ad for Nordstrom [the department store chain], using a group of kids, one of whom had obvious visual signs of Down's syndrome. So, on the one hand, that's a big breakthrough for inclusion of people with disabilities, but on the other hand, the fact that it is such a big deal shows that it's still not the norm in society.

D: Even with shows like Glee that feature a well-developed character who happens to use a wheelchair?

B: I still feel like those kinds of examples are exceptions. Just like – it's great that Obama could get elected, but we're still not living in the so-called post-racial world that a lot of people want to claim we're in. I think that for most disabled people, we are still struggling to actually belong, not just be included. Being included means they are allowing your presence. Belonging means your absence makes a difference.

D: So you are being allowed to show up, but still being seen or treated as "other."

D: Given what we just talked about, this might seem like a potentially "othering" kind of question, but I'm wondering, what is the thing that you are most amazed at yourself at being able to do?

B: I was recently watching a video of myself making coffee, and at one point I scoop coffee beans out of a jar with my feet. I'm holding the canister at an angle on its edge, and I reach in with my other foot and dump them into the grinder. And I thought "Holy shit, that is impressive!" Watching that from a distance was completely different from watching it while I'm doing it. Another one: if I drop my keys on the ground by accident, instead of kneeling down and picking them up with my mouth and my shoulder, I've just gotten in the habit of slipping my foot out of my shoe and grabbing it and tossing it up in the air and catching it with my shoulder. And then that's led to tossing an almond or an M&M into the air and catching it in my mouth. If I'm ever on David Letterman, I will have some good Stupid Human Tricks to perform.

D: So if you're at a party and an almond gets dropped on the floor, you're the one who knows what to do?

B: Yeah, Almond Boy to the rescue!

D: You've mentioned your Christian family background a couple times; how do you relate to Christianity now?

B: I was raised in a very conservative Christian family. My dad, when I was young, was in auto parts sales. But when I was about ten, he became a pastor. Not a preaching pastor, but more of an executive of a church. Living in my household, I saw a lot of the behind-the-scenes of what goes on in churches. The politics, the bickering, the gossiping. I think through about age 20, I played the game pretty well. I used to lead worship and Bible study and youth groups. I grew up very conservative, with very black-and-white beliefs, very stringent about certain things. Then I'd say the pendulum has swung the other direction for me in the last 5 to 10 years, pushing back against some of the dynamics of the church. The fact that churches are run like businesses drives me crazy. The dynamic that one person holds the line to God, and tells the group what to do and not do do is ridiculous to me. The fact that someone like my dad would say, "We're trying to increase church attendance by 100% by next year." My response is, "If you told me that you were striving to change twice as many lives, I would love that. If you're going to tell me that last year you helped 10 alcoholics become sober and enter A.A. and this year you helped 20, I would applaud that. But when I hear you saying that your goal is to double attendance, or you want to double your budget, if that's your goal, I don't support that at all." That's not my interpretation of the Gospel, or the Good News. The Good News is that lives were changed, that people have better outcomes in their life situation, and if the church is not doing that, then I'm not interested.

So my journey is less about the rules and the black and white, and more about the grey, and the relationships, and really believing in loving others and loving God and serving other people. And if I can live those out, then there is no need to tell other people what they can and cannot do.

With my disability, a lot of people want to know how my beliefs have informed what I think about why I have it – in other words, what I think that says about the God that I believe in. What I've come to in the last few years is that I will never have those answers, and I don't know if it's important that I do. It's more just that I have to live in the mystery of it, and realize I am who I am, and I am the way I am, so what do I do? That's the part that I can ask questions about, and decide the answers for.