D: As someone with a different kind of body, what are your thoughts about dating?

B: One of the main things I've been thinking about lately is confidence. How I see myself and how I think that I can approach the dating scene is probably going to have more of an influence on the outcome than any outside factor. I had a therapist who would say, "I think your current disability in dating is that you think about your disability as being your disability."

I have a close friend who is African American and in discussing things we've found that we have a lot of common experiences, both being minorities. Our analogy is: An African American who gets pulled over by the police has reasons in the back of his mind to wonder what is going to happen – if the officer is going to be prejudiced against him because of his race. But that can't predominate the whole encounter, or it won't turn out well. So, similarly, in dating, as a disabled person, I need to believe that I am just as capable of being loved and of loving someone as anyone else, as opposed to how I've approached it from the past – thinking I have to find a very specific kind of woman, one who is going to accept my limitations and who is going to be OK with the fact that I can't pick up the baby, can't mow the lawn, and so forth, so I would walk into a date with no confidence, thinking, "I'm going to have to overcompensate by earning a ton of money!"

D: The concerns you mentioned are kind of long-term, marriage-level practical issues. What about on an immediate chemistry level? Do you have to deal with any insecurities about your physical attractiveness to potential mates because of your disability?

B: Funnily enough, it's been more of an issue once I'm actually in established relationships. For example, with one woman who I was dating for 2 1/2 years, certain situations would lead me to question whether she was physically attracted to me. She would say, "How many times do I have to tell you the answer is yes?" 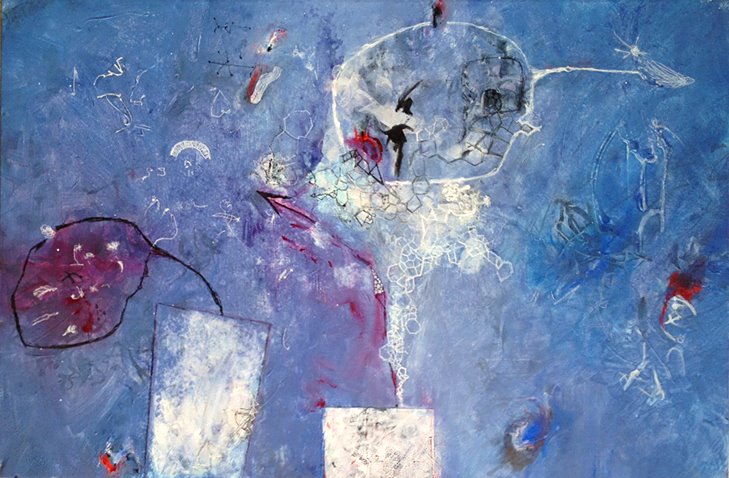 D: But it's less of an issue when you're first meeting someone?

B: If I thought about that when I was considering asking someone out, I would just never pursue anybody at all.

D: How do you react to a woman with disabilities as a potential dating partner?

B: I actually did go out a couple times with a girl who had one arm recently. I found her attractive and we had a good chemistry, but when I started thinking about a possible long-term relationship, the practical implications started to overwhelm me. For one thing, there are the questions about who is going to mow the lawn, but also concerns about the social reaction to two people with disabilities. I already get enough attention out in public.

D: With two of you, each having some kind of disability...

B: Right – I don't want to look like we're some kind of freak show. Or that either of us had to settle, instead of choosing someone based on other amazing things we might like about each other. I realize when I say that how it sounds...

D: Like you're limiting yourself by overthinking how others are going to view you?

B: [Laughs] Yes. But, realistically, those concerns are part of who I am right now, and I can only "grow" and "improve myself" so much at a time.

D: Well, if you and this woman enjoyed some time together, even just for a few dates, that's still good.

B: Definitely. And it was a nice surprise for me to see myself being attracted to someone who had a disability similar to mine.

D: Because if you could be attracted to her...

B: Right. Someone could be attracted to me.

D: Have you had any experience with online dating?

B: I have tried it. One tricky part there is the question of whether I should choose pictures for my profile that clearly show that I don't have arms, or choose pictures that hide it. If I choose the tactic of not revealing how I'm different, it has the advantage of bringing me a better group of women who want to talk to me.

D: Right, for who you really are beyond having no arms.

B: But then what happens is when I start to communicate – and this happened a couple times – and I'm getting ready to meet a person, and I say "Oh, by the way, I need to tell you something." That never works. You can't pull that tactic, or else you're gonna start off the relationship feeling like you lied. But then I changed my profile, and didn't make it a huge deal, but in the first few sentences of my profile said something like, "In my life, I've overcome many challenges, including being born without arms."

D: So, what was the result of that?

B: Well, in that three-month period, I ended up communicating with five women. And all five were special-ed teachers.

And not that it couldn't have worked with a special-ed teacher, but my reaction as someone with a disability was, "I'm not a fucking project. I'm not your work."

D: Yeah, I can imagine that if, say, you got interest from four women that were not special-ed teachers, and one that was, you would have been more open-minded to that one woman, if she didn't appear to be part of a pattern.

B: Yeah, or another possibility that I feared was women who approached me because they had some kind of fetish or fascination for a guy with no arms, as opposed to a woman who sees me as a real person. So I think the online thing became a weird place for me.

prev 1 2 3 4 next
comments powered by Disqus