There were six of us left when the light faded again. Three males and three females. They wanted us to couple and had set up a kitchen and a bedroom, as well as large signs with circles and lines, as they had with the previous dimmings, but we were strangers.

The others had been taken two by two. We made a game of speculating who would be next, what would happen to them, if we’d see each other again and if we’d ever see the places we called home.

I closed my eyes and held the hand of the female. We were led through long and twisting tunnels with walls that smelled earthen. We were led through streams of liquid and over beds of moss. The female squeezed my hand when the light came. The sun was shining all through a vast garden, and we were naked and alone. 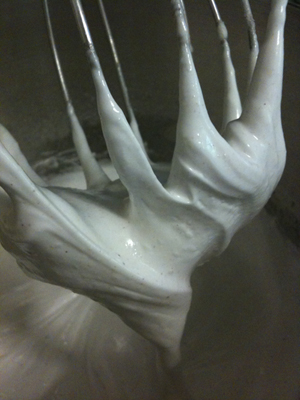 Your face in the mirror becomes two, then three. Hair spreads across them and into the room. It braids itself into your beard, and then pulls you in. You are alone with your face. But you don’t recognize it. On the other side, everything is different because it’s exactly the same and you don’t know it.

Your face in the mirror becomes two, then three. Hair spreads across them and into the room. It braids itself into your beard. The mirror uses this to pull itself off the wall. As it approaches, one face disappears, then another. A single face remains, across from yours. When they touch, the silver glass turns to water, and your noses drop like coins.

Your face in the mirror becomes two, then three. Hair spreads across them and into the room. It braids itself into your beard, which begins to have a mind of its own. The beard detaches itself and walks out the door into daylight. When you turn back to the wall, the mirror is gone. You walk through the wall into night.

The night in your face becomes another beard, a beard from which new things are forever being born. Ants, sand flies, cockroaches, termites, king spiders, hermit crabs. A curly-tail lizard hatches too early. Its thin legs twitch and collapse. A snipe pokes its beak out and snatches the lizard, along with one of your hairs.

The hair falls to earth and sprouts a mustache. The mustache digs roots in the ground. The ground has roots in the cellar. A girl opens her eyes. They blink at him in the dizzying tropical sunlight. The bearded father picks her up by the arm, brushes off fire ants and sand. Seeing the broken lizard eggs, he picks them from her hair.

Between this sentence and the last, an old crone chewed three wads of gum until each had lost its flavor. She spat them on the sidewalk into a less-than-perfect yet more-than-perfect triangle…

Between this sentence and the last, a baker lost her sense of smell. There was little difference anymore between the pastries and the pies, the baklava and the breads. She quit, though baking had been her ambition.

On the sidewalk before her were three wads of gum. The first spoke, as if to the others, “You see what ambition gets you.”
“And working with baked goods,” added the second.
“A jelly belly and day-old hopes,” said the third…


Between this sentence and the last, three wads of gum appeared on the sidewalk, as if out of thin air.
“When shall we three meet again?” said the first.
“When the hurly-burly’s done,” replied the second.
The silence of the third spoke volumes to the others.
One by one they attached themselves to the shoes of passersby, thus beginning the next round of their metaphysical game.


By the time the wads met again in a garbage heap, the fortunes of the three ill-fated humans were stuck together…


Between this sentence and the last, a new constellation appeared. Not in the sky, of course, for groupings of stars are not born all at once, but on the sidewalk, where anything is possible. After much debate over angles, the constellation of gum wads was named Pythagoras.