A Girl From the Park

I sit in the park, taking a break from my father who’s sleeping late today because he drank too much last night.
I woke this morning right after the sun made its way over the mountains and I went for a walk.
I walked down the street and bought a pack of cigarettes and I walked to the park to sit in the shade watching the ducks bob in the pond there.
I lose track of time, smoking and resting and watching.
The sun rises high in the sky and when I’m ready to go home again, I notice a woman sitting alone in the grass, reading one of my father’s books.
She is not beautiful, but she is striking.
I introduce myself and we talk about the book.
She says she loves my father’s writing.
She says she wants to meet him someday.
I invite her to my house.
My father should be up by now.
Really? she says.
Let’s go.
I walk with her to the house and let her in.
My father is sitting in the kitchen drinking coffee, smoking a cigarette.
Who’s this? he asks.
My name’s Nicollette, she says.
Are you a fan? he asks.
Or are you here for my son?
Blood rushes to her face.
A little of both, she says.
Good, he says.
Maybe I should go she says.
Stay for lunch, my father says.
We can talk about love.
She looks at the floor and my father pushes a chair out.
Sit, he says.
She sits and I make lunch and we talk about love.
My father doesn’t believe in love, only passion.
Nicollette says there has to be love.
No one wants to die alone, she says.
I do, my father says.
But it won’t happen.
My son’ll be there unless something terrible happens beforehand.
Nicollette bows her head.
After lunch, I walk her back to the park.
She lives near there and she invites me over, but I can’t.
My father’ll need me.
He doesn’t like being alone in the house.
She kisses me on the cheek and hands me a business card.
Call me, she says.
I want to see you again.

A bag floats through the afternoon air, tumbling and flying along the street.
I stand on the corner and wait for my father to catch up.
We’re going to the store for bread and bourbon.
Normally, I go alone, but today my father wanted to come.

His feet drag on the concrete and he smokes a cigarette, taking in the stretch of elms on the street, the wild call of doves and crows.
How far is it? he asks.
Another block.
And we have to walk back?
Yep.

When he’s caught up, I walk with him in the shade, slowing to keep pace with him.
The sun is feral today, running through the sky, bright and hot.
We get to the store and my father sits on a bench, resting for a second before entering the cool, bright aisles.
He goes to the liquor store and I shop for groceries.
We meet in the parking lot.


We should call a cab, he says.
It’s less than a mile.
But we have to carry these bags now.
It’ll be over soon, I say.
I promise.

We walk home in the heat and my father is thick with sweat.
He carries his bourbon in a brown paper bag.
I carry the food in white plastic.
Some day the bags will fly down the street but right now they serve a purpose.
Right now they’re full of hope and sustenance. 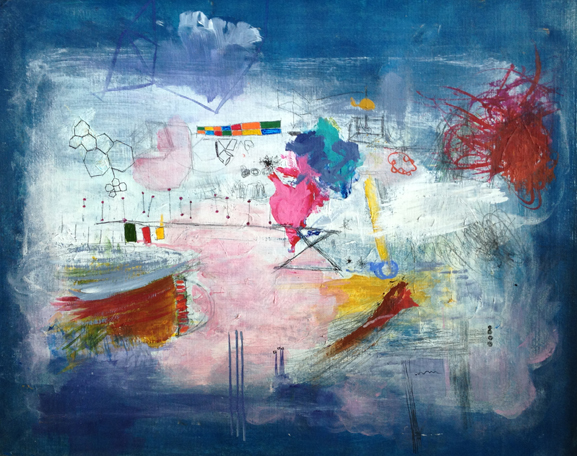 My father brings a woman home from one of his readings.
He does that sometimes.
He brings home strangers and feeds them before taking them to his bed.

Her name is Myra and she owns all of my father’s books.
She goes out of her way to make his readings.
She loves him without knowing him.

I want to warn her that my father no longer believes in love, but it’ll do no good.
She’s enamored of him.
He can do no wrong.

I’d seen this before.
My father is a hero until it’s too late.
No one believes the cruelty my father’s capable of, but me.

They come and they leave and my father forgets to call.
He’s too busy writing his poems.
He’s too wrapped up in his own life.


I take their calls and pass the messages on to my father, but he ignores them.
Tell them I need my space, he says.
Tell them I’m not interested anymore.

My father never breaks their hearts in person.
He leaves it to me to do and I have become quite good at destroying women’s egos.
Sometimes they don’t believe me and come over to see my father face to face.

Once I had to call the police.
Most of the time they cry over the phone, calling again and again.
My father never talks on the phone.

After supper, Myra follows my father to his room and I’m stuck in the kitchen listening to the floor creak and groan.
In the morning, she’ll come down and I’ll make eggs for her.
She has to go to work and didn’t want to wake my father.

Rain yesterday, today           a clear sky with a hint of wind.
Mud is soft in the yard, fold around my feet.
My father watches from the window while I plant lupine and lilies.
He writes of the world at large, but not me.
I’m a blank page.
He watches me work and nods his head like the sunflowers growing up to eye level.
The grass needs cutting.
I’ll get to it tomorrow, when the ground will give a little less.
I sweat in the plain sun.
A woman stops and watches me work.
I light a cigarette and kneel in the garden, pushing seeds into the wet soil.
Come summer this place will fill with color.
My father will walk through the yard, picking the flowers and taking them to his desk, filling a glass with water.
A spider will climb from the petals and make a home in the corner of the room.
Later, I’ll shower and change into clean clothes.
I’ll eat my lunch in the kitchen.
My father will come and sit with me.
How long will the flowers last? he asks.
A couple of weeks, I say.
Sadness makes him old for a second.
He taps his fingertips on the table.
I should eat, he says.
But he doesn’t.